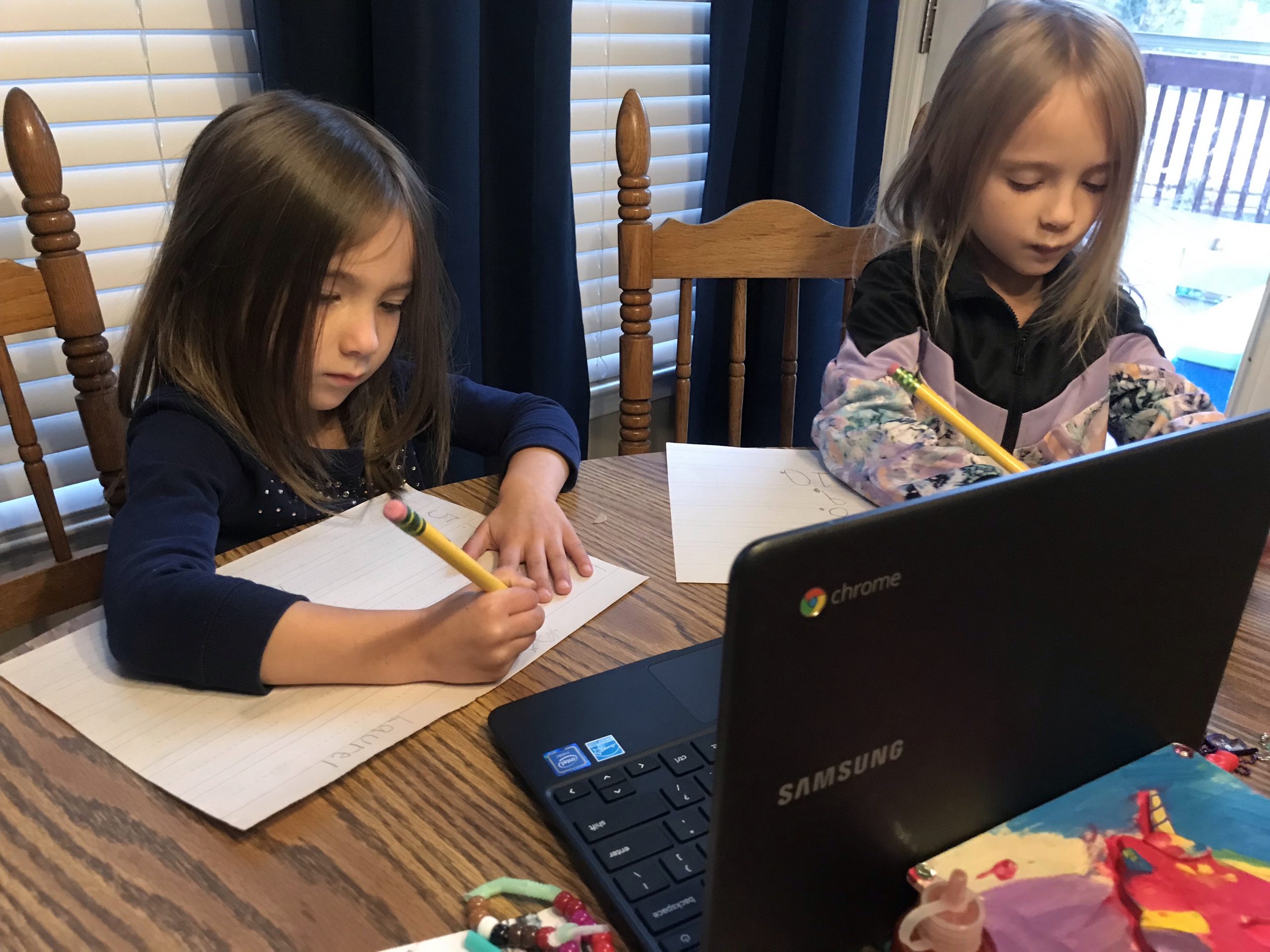 Oh my gosh, you guys. We just reached a huge milestone! We are halfway done with this “school year.” The results so far have surprised me.

Last summer my oldest child turned 5 years old. In the state where I live, kindergarten is not required. It seemed like a low-risk experiment to homeschool her for a year to see if it was something that was truly feasible. After all, if I completely flubbed it, we could find a different solution starting with first grade.

You may or may not know that my husband and I are both collaborators on the Ron Paul Curriculum. Launching in 2013, it is one of the newer curriculums on the market.

A lot of people have a lot of faith in the curriculum, including my husband and me. However, the curriculum is young enough that it is difficult to measure its success in quantifiable terms.

But would it work for my child?

I have to admit that even though I was a part of it, I still had my own doubts. The higher level courses are all made by people with higher degrees and PhDs, but some of the elementary ones are made by… well… people like me.

Could a child really learn to read using the RPC model? One math and one reading video per day didn’t seem like a lot. Maybe it wasn’t enough. The only thing I could do was try!

The Ron Paul Curriculum starts with Grade 1 courses in math and reading. Since I did not create these courses, I had no idea whether or not my 5-year-old would be able to keep up with them. Again, I figured it wouldn’t hurt to let her try since we were counting it as kindergarten and not as first grade. If it turned out to be too difficult, we wouldn’t have lost anything.

To make a long story short, the Grade 1 courses were, indeed too hard for her. I should clarify by saying that they didn’t start out too hard for her, but they surpassed her level fairly quickly. Instead of canning the entire operation, I decided to get creative.

My 5-year-old didn’t seem to hate watching the videos. So instead of worrying about which parts were over her head, I just let her watch them. I would help her with some things like the spelling tests and handwriting practice, but for the most part I just left her alone.

If there were assignments that I thought she could understand, I would go through them with her verbally instead of making her write them out. My theory was that she would actually absorb a decent bit of the lessons and by the time she turned 6 she would be ready to do the course “for real.”

She finished the first grade courses around Easter and we decided to take off until around the time that the local schools were starting up. I had a baby in late spring so it made sense for our family to take some R&R.

When we started up in the fall I had my second child sit in and watch the videos for kindergarten the same way we had her sister do the year before. The only difference is that this time my now-6-year-old is ready to answer the questions and do the assignments provided in the course materials.

She’s doing very well in math too, by the way. I’m just very excited about the reading thing, because the responsibility of teaching another human how to read by yourself is freakin’ terrifying. It was to me, at least.

Every child is different and my children are no exception. My now-5-year-old has a completely different temperament from her older sister. Stay tuned to see if RPC works as well for my other children as it has for my first.