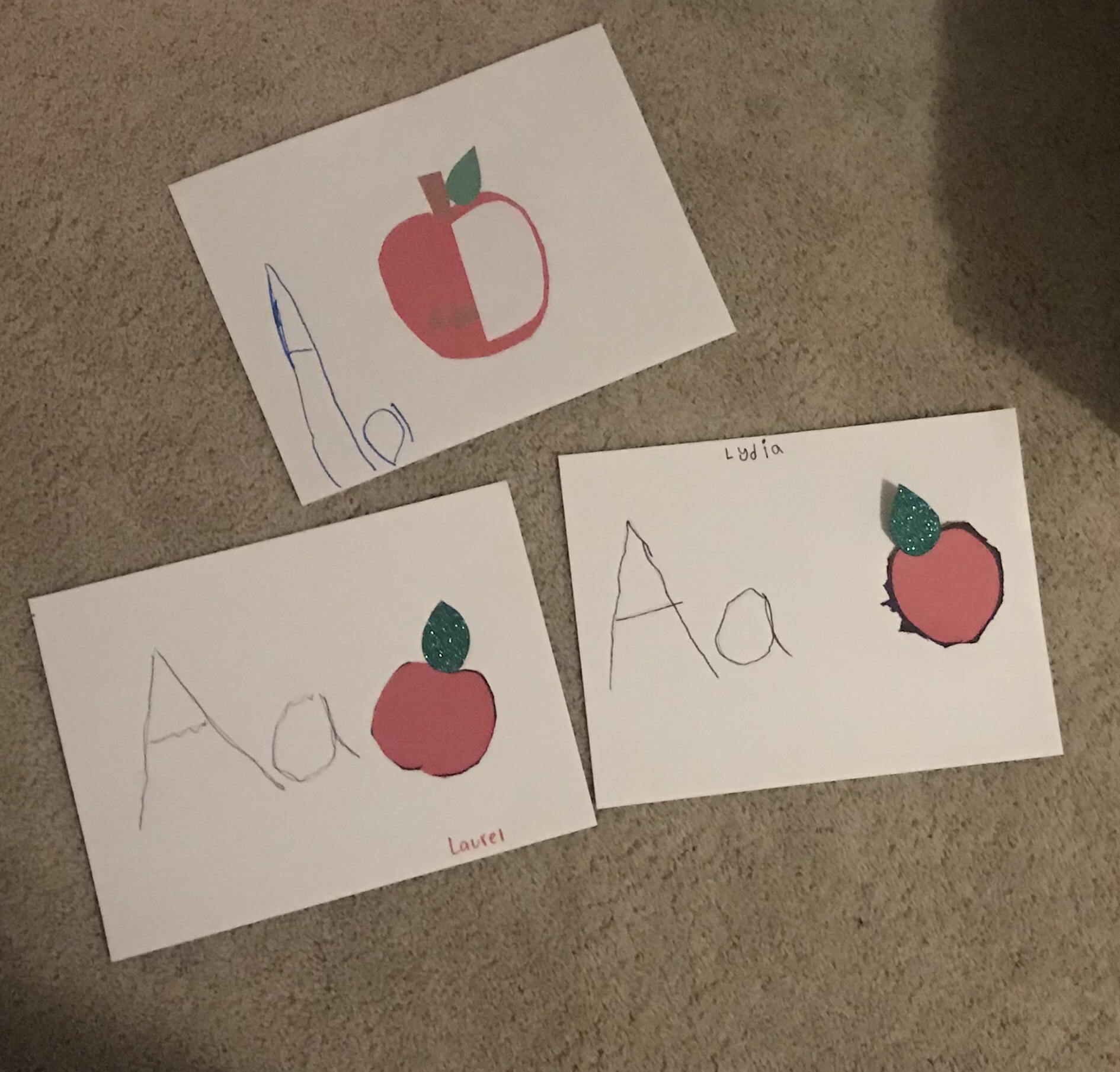 Here are the instructions for how we made a “Letter A” craft to start our alphabet book as part of our first grade reading course.

One thing I can say about these crafts is that they are super easy. I mean, really, really, really easy. You’re going to look at some of them and think, “Does this really even qualify as a craft?” But you have to look at it from my perspective.

Sometimes we do more complex and involved crafts. That’s great. However, I knew that if I tried to make the alphabet crafts too complicated I would start off strong and after a few weeks I would lose steam and we wouldn’t get through the alphabet. One of my homeschool philosophies (and life philosophies, to be perfectly honest) is that consistency in your choices is more important than any individual decision that you make.

For you nerds out there, it’s the Pareto principle at work. You can decide that the best way to get in shape is to pump iron until you pass out, but if you only do it three times a year you’re not going to the results you were hoping for. You would have had more success doing a workout regimen that the bodybuilders found unimpressive and actually doing it every other day. You get the idea.

Slow and steady wins the race

So, that’s why my alphabet crafts are crazy easy. You can have the greatest homeschool plans in the universe, but quality isn’t going to be enough. Having a day where you are running at full throttle once every three months will do very little in the way of helping you reach your educational goals.

In short, yes, children grow up in the blink of an eye which can make our job feel like a sprint. Homeschooling, however, is more of a marathon. Conserve your energy. Slow and steady wins the race. Oh, and speaking of “winning the race.” Homeschooling isn’t a competition. Running a marathon is impressive. Most marathon runners are more interested in competing with themselves than they are in competing with other marathon runners.

Wow, I just spent a lot more time defending the simplicity of this craft than I intended to, which for some reason included more exercise metaphors than usual.

Voila! That’s the first page of the alphabet craft book. The picture includes two different versions of this craft that we have done. In the “fancy” version the seeds didn’t make it onto the white part of the apple, but as I’ve said a few times before, I don’t micromanage.

In closing. When making decisions about homeschool activities, don’t bite off more than you can chew! That was supposed to be a reference to the apple craft. Then I had to explain it so it probably wasn’t funny. I’m going to go now. Maybe I should work out or something.