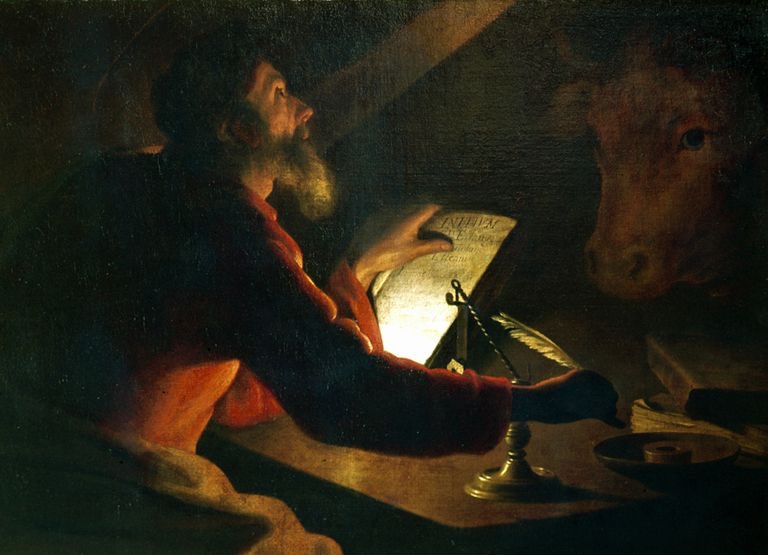 We’re on Day 5 now! Time to add a little bit to our memory verse. How is everybody doing? My 6-year-old impressed me today by knowing what I was going to add today before I even said it. My 5-year-old is still plugging along studiously, and my 3-year-old still doesn’t want to say anything. Sigh. Okay.

Now is a good time to brush up on that comprehension. Who was with God at the beginning? Who is the Word? Who is Jesus?

Now we’re into the Gospel of Luke. Luke was a physician so his writing style is about as different from the Apostle John’s theologically rigorous poetry as you can get. This is not a bad thing! I know I said that the Gospel of John is my favorite (it still is), but Luke offers us a very detailed and orderly version of events which is quite useful!

I split these up to be a little longer than the passages from John because these are more straightforward. Let’s go!

1 Many have undertaken to draw up an account of the things that have been fulfilled among us, 2 just as they were handed down to us by those who from the first were eyewitnesses and servants of the word. 3 With this in mind, since I myself have carefully investigated everything from the beginning, I too decided to write an orderly account for you, most excellent Theophilus, 4 so that you may know the certainty of the things you have been taught.

5 In the time of Herod king of Judea there was a priest named Zechariah, who belonged to the priestly division of Abijah; his wife Elizabeth was also a descendant of Aaron. 6 Both of them were righteous in the sight of God, observing all the Lord’s commands and decrees blamelessly. 7 But they were childless because Elizabeth was not able to conceive, and they were both very old.

Here is what I tell my kids:

To view all of our lessons, click here to return to my main Advent Calendar page.