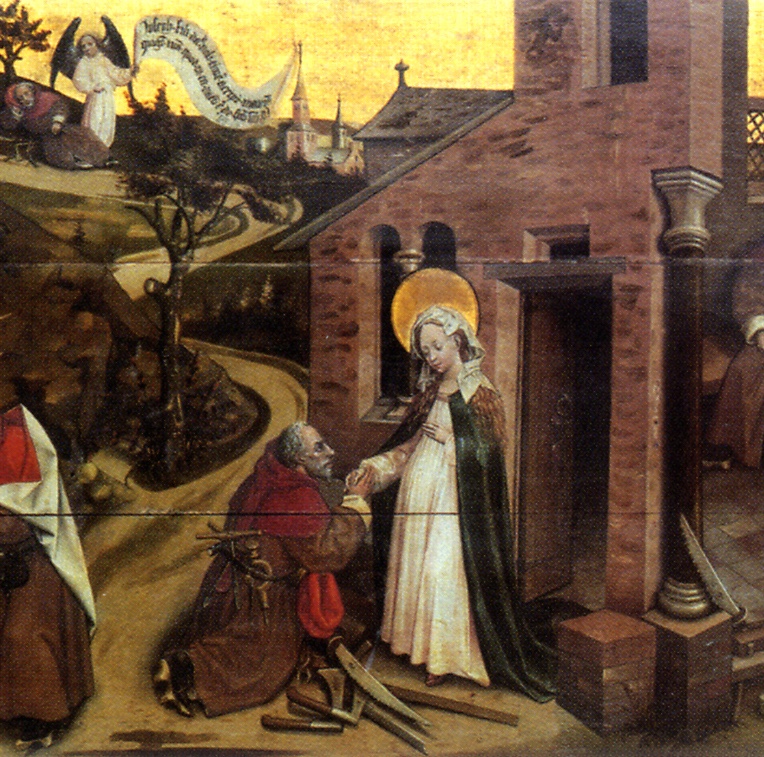 Today, we learn about the angel’s visit to Joseph.

Our memory verses are coming along nicely. Today we are adding the last part of that tricky sentence. This is the dependent clause, which means it can’t stand alone as a sentence in its own right. The good news is it is only four words long.

My 6-year-old is doing a phenomenal job and I’m impressed. Not only does she have it memorized, but she wants to do it. Occasionally she’ll ask me to listen to her recite it, it’s great! My 5-year-old is also doing very well. She isn’t as excited about it, but she’ll recite it if I ask her to. She loses her way after the second sentence, but with some prompting she gets there.

22 All this took place to fulfill what the Lord had said through the prophet: 23 “The virgin will conceive and give birth to a son, and they will call him Immanuel” (which means “God with us”).

24 When Joseph woke up, he did what the angel of the Lord had commanded him and took Mary home as his wife. 25 But he did not consummate their marriage until she gave birth to a son. And he gave him the name Jesus.

As usual, here’s my breakdown of the scripture:

Here’s a song from my childhood that I think is appropriate. If you were listening to Christian music in the 90s then I’ll bet you know this one. If not, allow me to introduce you to Michael Card:

It gets me every time.