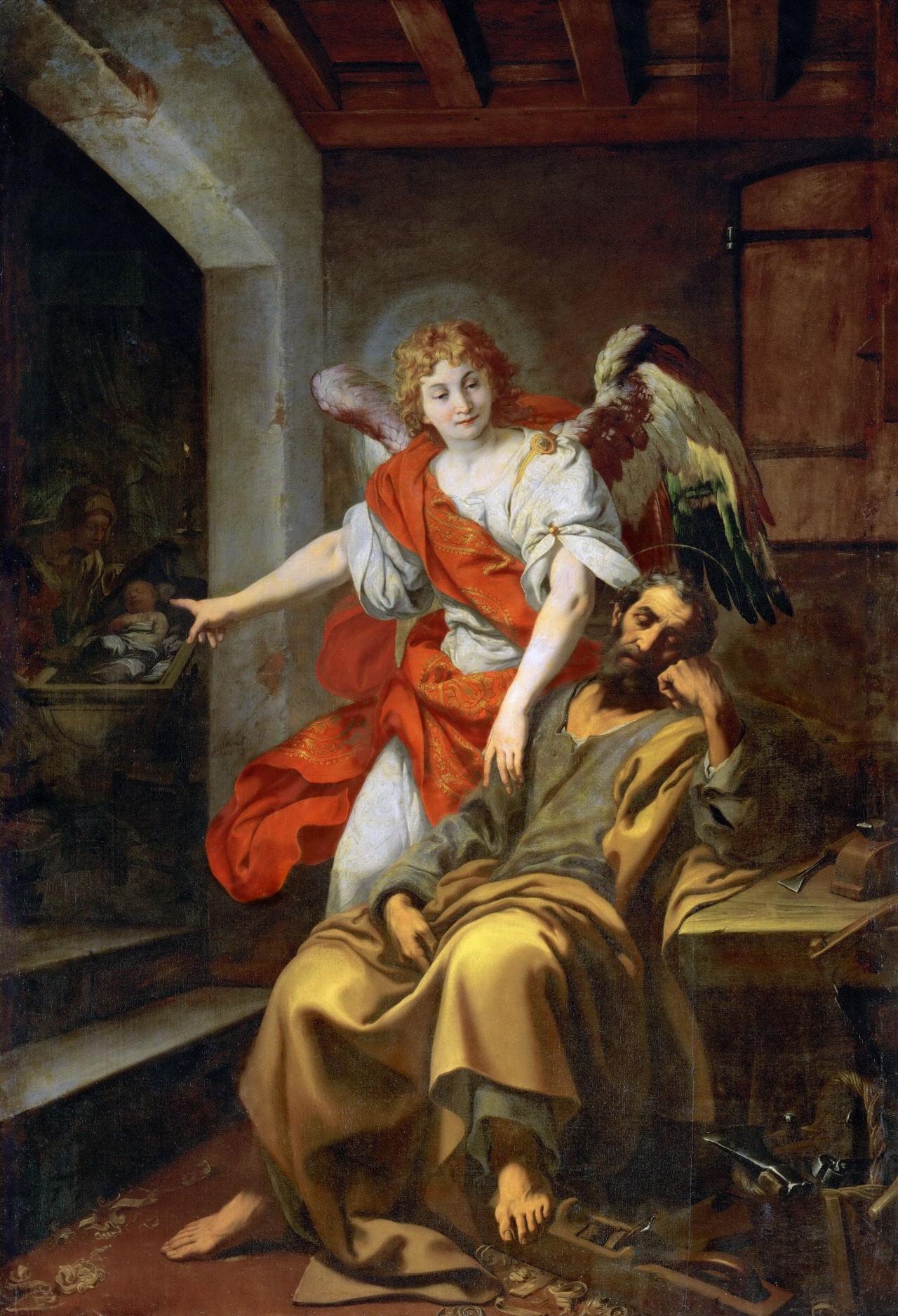 Time to switch it up a bit and move into the Gospel of Matthew.

Here we go with the memory verse again. It’s an even day, so we’re sticking with what we’ve got so far. My kids are impressing me. My 6-year-old has it down pat. My 5-year-old has it with some prompting. My 3-year-old is just along for the ride.

For the next few days we’re jumping over from Luke to the gospel of Matthew. Most biblical scholars agree that Luke was probably not Jewish. Matthew, however, was a Jewish tax collector for Rome, who left his cushy government job to follow Jesus.

His Jewish faith and heritage gave him a unique perspective on the story of Jesus’ conception, birth and upbringing. Matthew was very well versed in scripture and he knew the promises and prophecies it contained about the coming Messiah. That is why he puts a lot of focus on the ways in which Jesus fulfilled those promises and prophecies.

I try not to leave out anything that the gospel writers included, because if it was important enough to make it into their books, then it must be pretty important.

That being said, I did skip the genealogies given at the beginning of Matthew. They carry a lot of theological weight and significance, especially to Matthew as a Jewish person. I don’t think my children currently have the attention span for it, but if yours do, then by all means, read the first 17 verses of Matthew.

18 This is how the birth of Jesus the Messiah came about: His mother Mary was pledged to be married to Joseph, but before they came together, she was found to be pregnant through the Holy Spirit. 19 Because Joseph her husband was faithful to the law, and yet did not want to expose her to public disgrace, he had in mind to divorce her quietly.

20 But after he had considered this, an angel of the Lord appeared to him in a dream and said, “Joseph son of David, do not be afraid to take Mary home as your wife, because what is conceived in her is from the Holy Spirit. 21 She will give birth to a son, and you are to give him the name Jesus, because he will save his people from their sins.”

This is what I say to my kids: