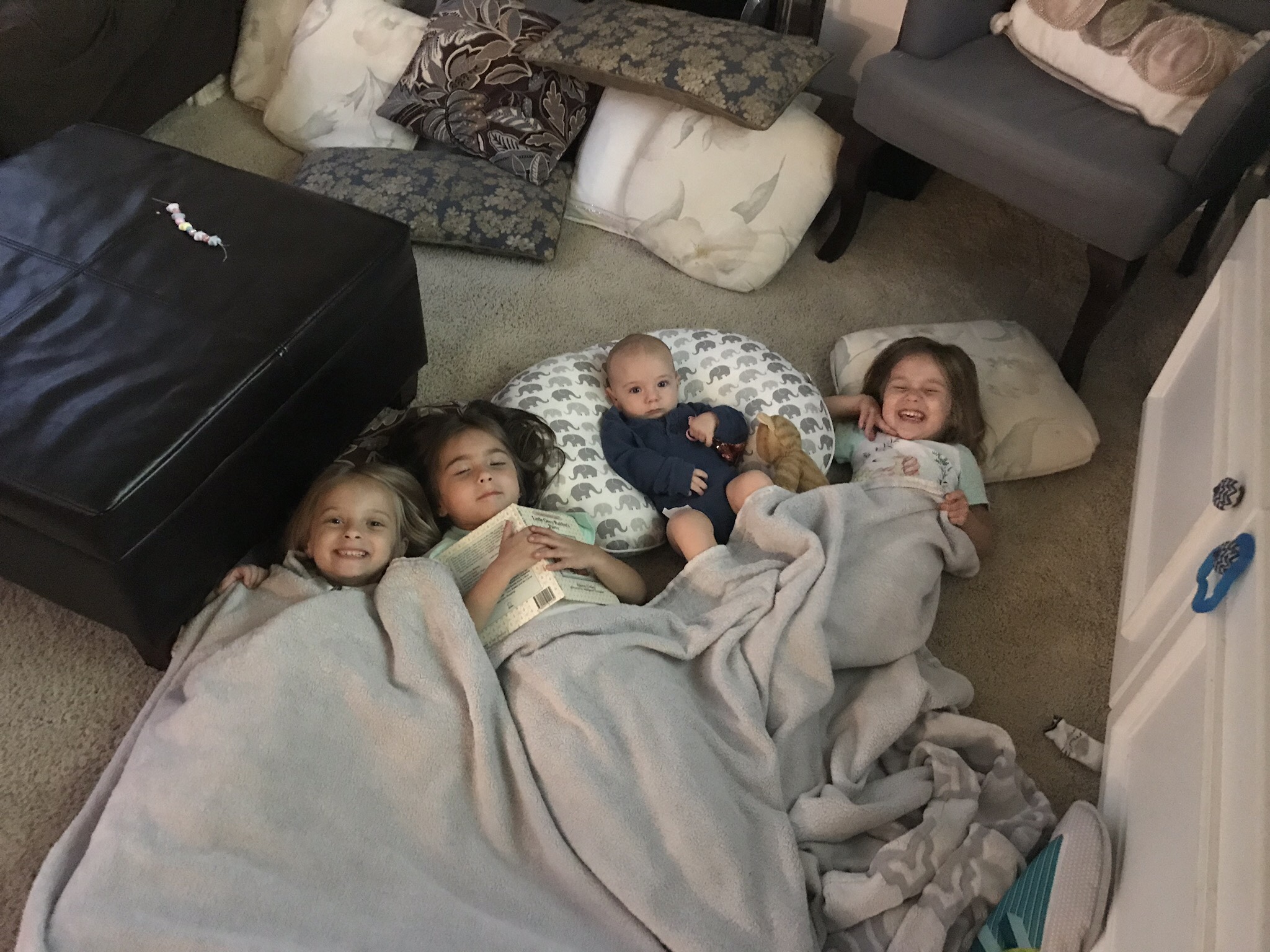 I thought it was a joke, until I did the math.

There’s this thing that I say jokingly. I’ve been saying it for a few years now. I say, “At least one person in our house is sick from September to March.” It’s a bit of a hyperbole, but living with small children, this can really be true and this year has not been an exception.

Before I had kids I remember hearing homeschool parents say that one reason they kept their kids out of school was so they wouldn’t get sick so often. Is that a real thing? That hasn’t been my experience. Maybe I just don’t even want to know how often they would be sick if they went to school every day.

Did I mention that my kids wash their hands constantly? They love washing their hands. Sometimes I have to tell them to chill out on all the hand washing. They still get sick all the time.

According to WebMD, babies and toddlers get 8-10 colds per year, while kindergartners get close to 12 colds per year. Most of the symptoms abate after 10 days, but the average cough will linger for about 18 days!

Let’s do some math. I’ll err on the conservative side and say my kindergarten aged child gets 8 colds per year. That’s 144 days of coughing, 80 of those days with other symptoms. That’s twenty weeks of coughing. Oh, and get this, WebMD says cold season is from September-April. My joke doesn’t sound like a hyperbole anymore, does it?

Why am I writing about this?

I was listening to a music streaming service on my phone and an ad for cold medicine came on. The main point of the ad was that if you used their product you wouldn’t have to miss work. That got me thinking.

The purpose of the medication is not to cure a cold. There is no known cure at this time for a common cold. I assume that one of the benefits of this cold medication is that it ameliorates the symptoms of having a cold. However, that isn’t even what the advertisement focused on! The only benefit they gave was that if you take the medicine, you won’t have to stay home from work!

This says something interesting about our culture.

My children are homeschooled and have never been to daycare, but they are in various childcare and classroom situations at church, and I also take them to the gym with me several times a week where they go to childcare. If they are showing any symptoms of being ill, they are not supposed to go.

I have friends who have had problems at work, because they had to leave too often to pick up their children who were deemed too sick to be in their regular childcare. I completely understand why these places don’t want sick children there. I don’t want my children being exposed to any more germs than they have to be either. They are sick enough as it is.

Treating the symptoms but not the cause

Then I had an epiphany. If adults are pretending to be well to keep going to work, then their children must continue to be well, too. When school becomes a glorified daycare center for working parents, it makes sense that covering up your child’s symptoms would be more important than helping them get better faster. The parents need to go back to work. They can’t take off from September to April every year while their children convalesce.

Add to that the pressure that is put on children not to miss school for academic reasons. Schools give out prizes for perfect attendance. Missing school is frowned upon, and for good reason. The way that it is set up, it can be very difficult for a child to catch up once they have fallen behind.

Parenting is not easy

Having children is not an easy life no matter who you are. I am not judging anyone for their educational decisions. I understand that we each have to decide what is best for our family and that it doesn’t look the same for everyone. I also believe that very few parents make decisions lightly that affect their children.

However, I’m grateful to be able to stay home with my children when they are sick and when they are well. Usually when one of my kids has a cold, they are still well enough to learn–another benefit of doing the RPC. It just might be that they aren’t well-enough to be around other susceptible members of the public.

I am grateful that even though my children may not seem to get sick less often than their public-schooled peers, they never have to suppress their symptoms so that they can go to school. Other people don’t have to be unknowingly exposed to their illnesses.

I am grateful that I am able to educate them, and to take care of them when they need rest. I am grateful that they can take the time to heal instead of only trying to find ways to suppress their symptoms to meet arbitrary bureaucratic rules.