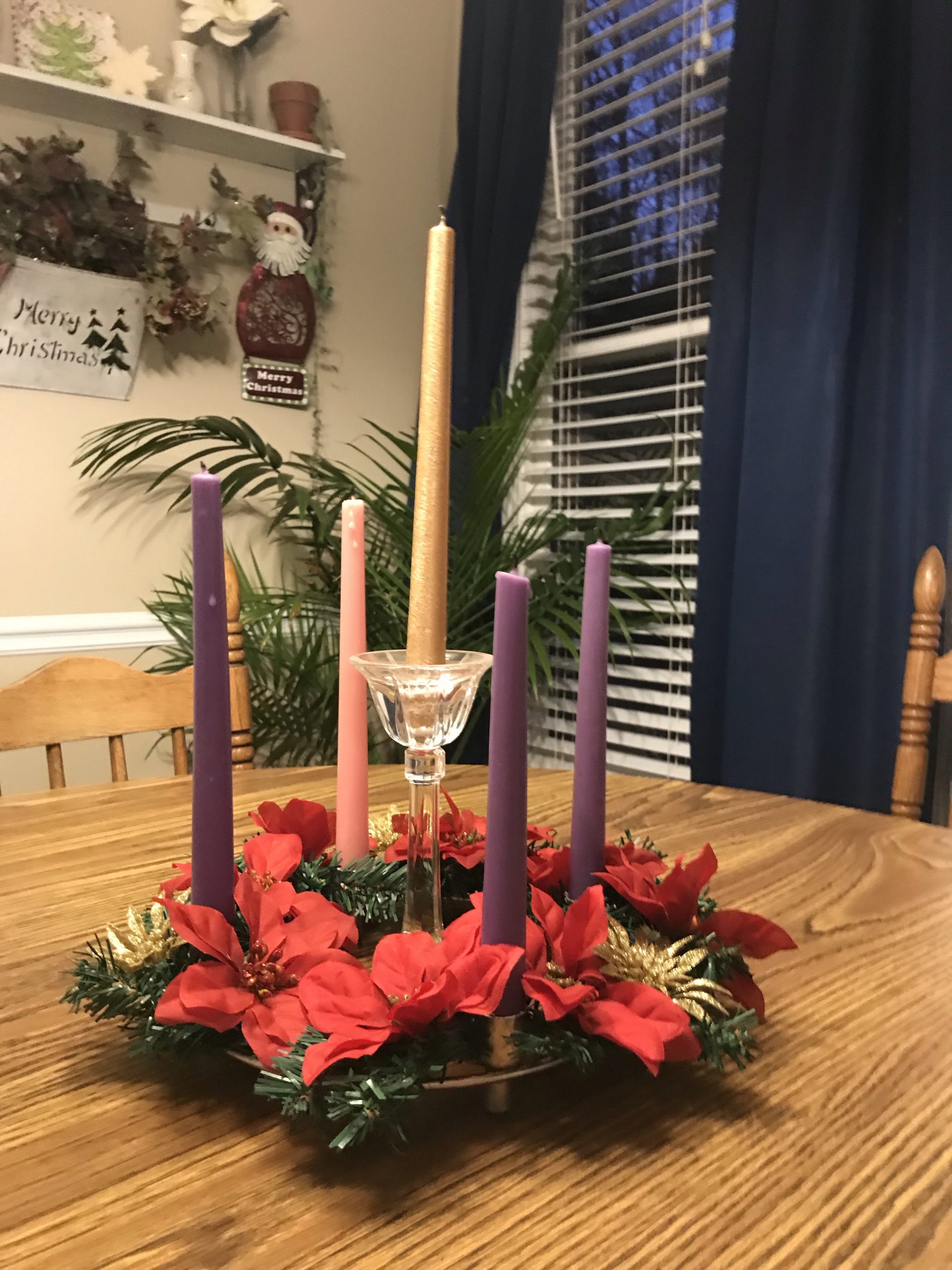 Today is the first Sunday of Advent! What is Advent? Well, advent is a season where Christians are looking forward to the arrival of the Christ child.

It isn’t known exactly when Christians first started to celebrate Advent. There was a council held in what is now Spain, in 380 AD called the Council of Saragossa. Saragossa is now spelled Zaragoza. At this council Advent practices were mentioned. As you can see, whenever it was that Christians began recognizing Advent, it was a pretty dang long time ago.

For Catholics in the medieval ages, Advent started on November 11th, with the Feast of St. Martin and culminated on Christmas Day. Wow! Today we complain when there are Christmas decorations out before Thanksgiving! The next time somebody gets on your case for your early Christmas cheer, let them know that you are just being old fashioned.  Very old fashioned.

The Advent season that we celebrate today starts four Sundays before Christmas and, just like the advent of old, culminates on Christmas Day. A popular tradition during Advent is the lighting of candles on an Advent wreath.

Wreaths with candles on them have been around even longer than Advent, but when Christians adopted the custom into their Advent celebrations, it was not without theological significance.

In many places, Advent falls during a time of year that is cold and dark. The candles remind us that Jesus is a light shining in a dark world. There is even liturgical meaning in the use of evergreen leaves being formed into the shape of a circle. The evergreen representing everlasting life (because they are ever-green, get it?) and the circle standing for the eternal nature of God who is without end and without beginning.

Advent wreaths consist of four candles, one for each Sunday in Advent. The four candles stand for:

The first, second and fourth candles are purple which is the liturgical color of preparation and repentance. This is because Christians are supposed to be preparing our hearts for the coming of Christ. The third candle, joy, is rose colored. Rose, or pink, is the symbol of anticipated joy.

On some Advent wreaths there is a fifth candle, the Christ candle, lit on Christmas Day. This one is usually white to represent Christ’s purity as the spotless lamb of God. I use a gold candle because gold is kingly, I like it, and I can do whatever I want.

My advent wreath also has poinsettias on it. Poinsettias are a popular flower at Christmas said to be reminiscent of the Star of Bethlehem. The red is for the blood Christ shed for us.

A Mexican legend says the poinsettia became the Christmas flower when a little girl who was too poor to bring a gift to baby Jesus at a nativity scene brought weeds which were miraculously transformed into beautiful flowers. What’s closer to the truth is that an entrepreneurial businessman named Paul Ecke Jr. went on an aggressive poinsettia advertising campaign in the 1970s and pushed the flower into the Christmas spotlight, but I digress.

Join us this year as we light our Advent wreath!